🇺🇸 Ships from Sanitized US Facility. Made in USA.

Woof woof! 🐶 This is the same as our human lab grade, full spectrum CBD oil but bottled especially for dogs.

We swap out the hemp seed carrier oil in favor of coconut oil as it seems easier on your pup’s digestion and the taste is a bit milder which reduces the chance they’ll be unhappy with it placed on their food. We also add no flavoring to this oil.

Simply drop the appropriate amount on your dog’s food once or twice daily.

How to Use:
Shake Well.
Squirt 2 to 3 drops per 20lbs. of dog weight on the dog food one to two times per day. Picky eaters may need it stirred in, or covered with some food

100% Natural
Lab Grade
No Pesticides
Third Party Tested
Made in USA
Zero High
Note: You should not take this product if you are subjected to drug testing. Even though it only contains 0.3% THC there is a chance you may test positive for marijuana

After watching the antics of my formally "crippled" dog I decided to finally find this email and do the review. The product deserves a million stars for what it's done. Just a few months ago my 6 year old 100 lb rescue was hobbling around on 3 legs. Watching him get up was heartbreaking. He is such a wonderful dog. Our house revolves around him. We decided to try this product after trying many other food based supplements that did nothing for him.
This same dog now chases birds, runs in the house, jumps up on his hind legs when he sees treats. He's a whole new dog. Just thinking about how much more he enjoys his life makes me tear up.
1/4 of a dropper twice a day, that's all it took to help him be the crazy Treeing Walker Coonhound he should be.
Thank you!

M
Melia's Mom
Has made a big difference

My dog's appetite is restored and she is more comfortable on our walks. She is actually enjoying herself and is able to walk a faster pace. We are believers.

I started CBD oil for my 2 Great Pyrenees for pain relief and overall health with another company. Although I followed directions and increased the dose very slowly due to Pyr's slow metabolism, I saw no results. Within 4 weeks, my girl Abigail had a dazed look to her and both dogs started vomiting. I stopped the oil and in a week, both dogs stopped vomiting and Abigail changed back to her happy smiling face. But Abigail has chronic pain from an injury and my boy, Ari has pain from a cogentical problem. Spruce was noted to have CBD oil that was easy on their stomachs. I started Spruce CBD oil for pets and in a week Abigail had enough pain relief to run like a pup. Ari stopped whimpering at night. I am very pleased with Spruce. I had a question and Tony responded within 24 hours.
Excellent product, easy on the stomach and very effective for pain relief. And the customer service is exceptional!

Disclosure: After Christina wrote in to tell us how poorly the prior brands had made her dogs sick and how much better they were doing on Spruce Dog CBD we sent her pups some free Spruce as a gesture of our gratitude. Thank you Christina!

My 10 yr old pitty could not walk around our 1/4 mile block. Friend gave us spruce to try. He now acts like a puppy and runs around EVERY WHERE…

Have been giving it to my 15 year old for hip issues, has helped considerably ! A lot of his mobility has returned.

Seems to be working well with calming my anxious pup

B
Brian McEvoy
It works

I have noticed a big improvement in my dog Madison's mobility.

A
Alyssa
Couldn't tell if it was doing anything until we ran out...

My 3.5yo Pitbull has Stage 5 B cell Lymphoma. Discovered in late September, if left untreated he would have had less than 4 weeks to live. After all of the research, I decided to add CBD oil to our regimen.
About 2 days before we started Chemo we received this CBD oil and started putting the recommended dose for his weight in his food. I gradually increased his dose to keep up with his treatments. I really wondered if it was having any effect on him because he was on a ton of medication and was responding so well to chemo.
Because I gradually increased his dose and Thanksgiving fell right in the delivery window, we ran out for about 10 days before the 2nd shipment was set to come. Within those 10 days, he lost most of his coat and his blood cell count was low before the next treatment. Since we received our 3rd shipment, the fur on his face is growing in and we haven't had any low blood cell counts. He has lost so much of his coat that I think I'll have to order more/bigger bottle to catch up but it's worth it.

They also sent me a free bottle of the Sleep Ranger for Christmas! I really wanted to try it but I just couldn't justify buying it with all that my dog needs right now. I haven't tried it yet, but I'm super grateful and super appreciative!!

Thank you so much!

Second time buying it. My dog tore her acl and this really helps her move around. She is in less pain and seems happier. 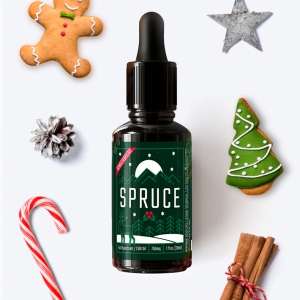 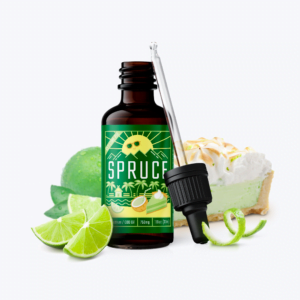 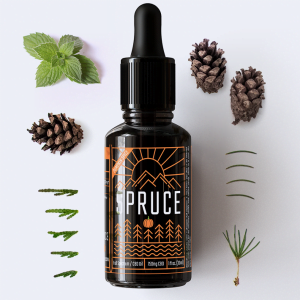