The Most and Least Confident States in America 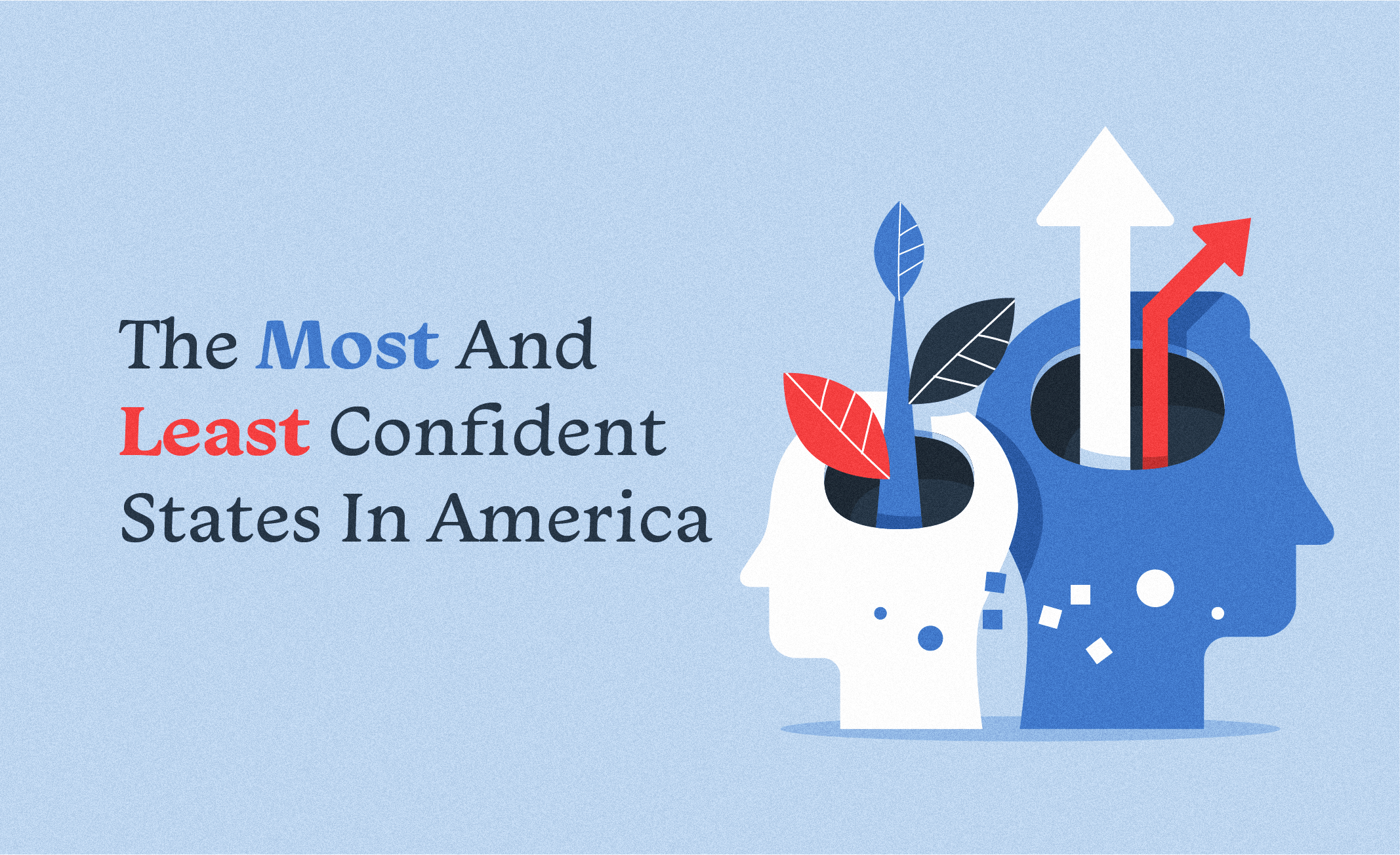 Confidence. Our confidence level helps define our personalities and influence the kinds of risks we are willing to take at work and in our personal lives. We all have our own levels of confidence, though many people wish they had more (and sometimes less). In short, confidence is universal, and important when it comes to making us into who we are as people.

A crucial aspect of talking about confidence is recognizing that not everyone has it in the same measure. Factors like genetics, life experiences, habitat, and more all play roles in producing an individual’s confidence level. To keep things concise, we decided to look at just a few of these factors relating to confidence: geography, gender, and age. 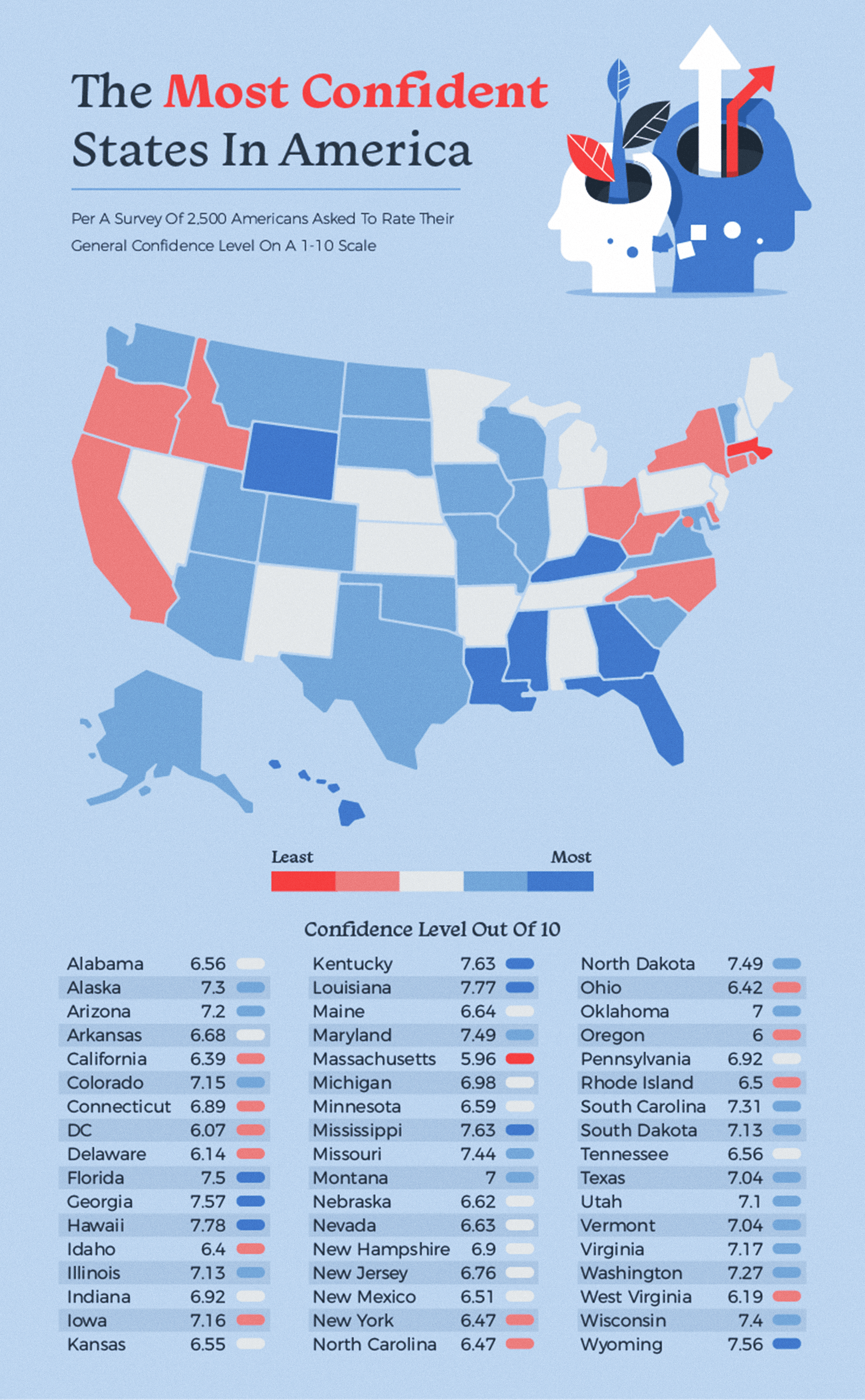 We conducted a simple survey consisting of at least 50 respondents from each state and asked them to rate their average confidence level on a scale of 1 to 10. This question was meant to encapsulate the entirety of a respondent’s personal and professional life, meaning they had to consider their level of confidence at work and on their own time as a whole.

What we found when we tallied up the scores was quite interesting. Despite having a stereotypical reputation for being loud and abrasive, people from Massachusetts actually indicated that on the whole they are the least confident people in the nation, as they are the only state with an average confidence score under 6. Oregon came close to matching Massachusetts, scoring a 6 right on the nose. Washington, D.C., Delaware, and West Virginia round out the top five least confident places in America, all ranking themselves under 6.20 when asked to assess their own daily confidence levels.

On the opposite end of the spectrum, we found two states with their own unique and well-defined cultures and subcultures produce the most confident people in America. Hawaii and Louisiana were neck-and-neck for the top spot, with the Hawaiians just edging out the mainlanders with an average confidence level of 7.78 to Louisiana’s 7.77. High confidence levels turned out to be a theme among southern states, as Mississippi, Kentucky, and Georgia make up the rest of the top-five most-confident states list. 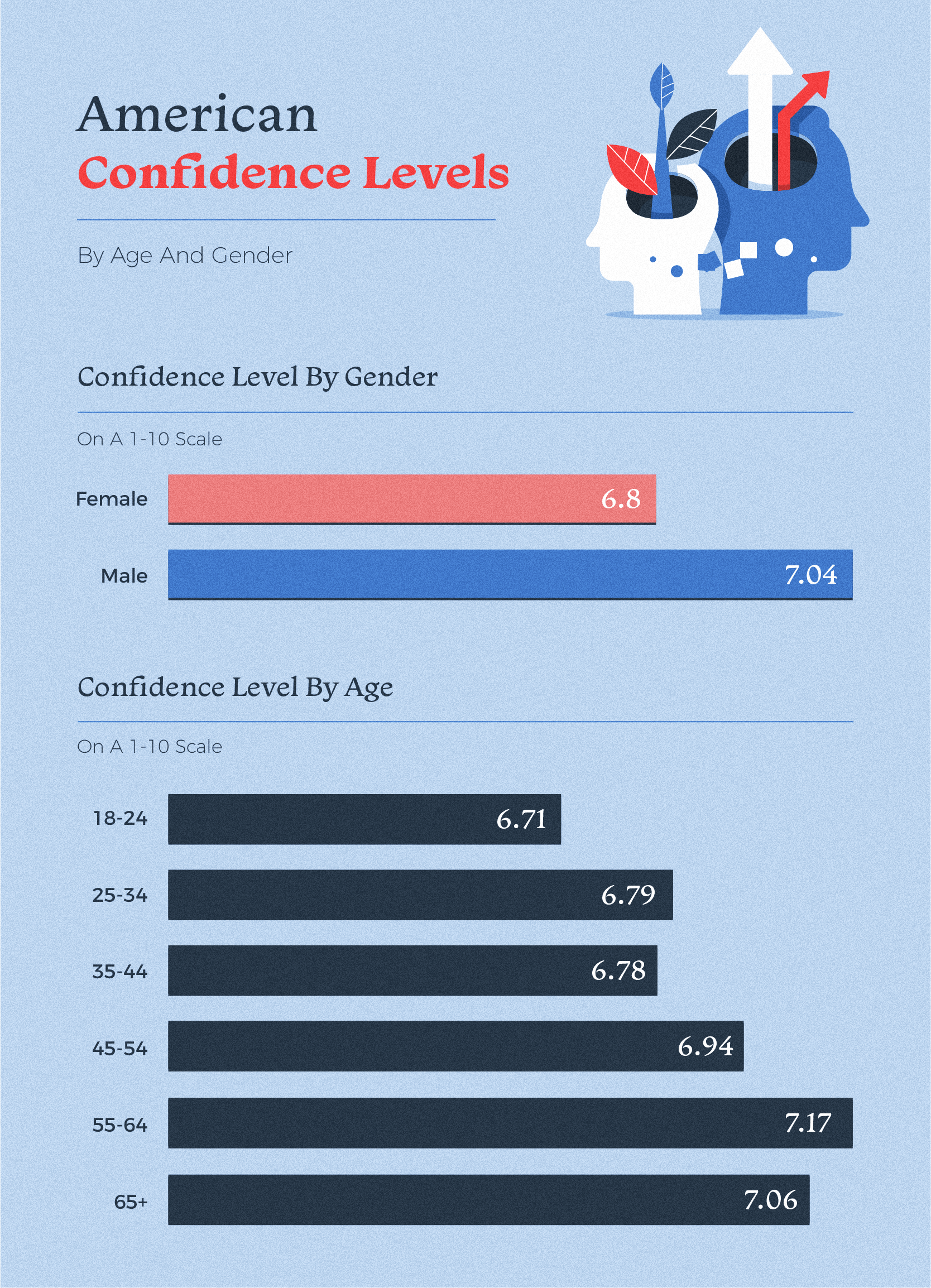 Of course, location only correlates to confidence so much, as other factors impact a person’s confidence level plenty. To get a fuller picture of our survey, we also broke out our results along gender and age lines.

When comparing men and women, we found that males are the more confident gender across the nation, with an average confidence level of 7.04 compared to just 6.8 for women. We also found an interesting finding when evaluating the results by age. While people generally become more confident in themselves as they get older, it isn’t a perfectly straight upward trajectory. We found that people in their mid-20s and early 30s were slightly more confident than those in their mid-30s to early 40s, but from that point confidence really grows as people age into their 50s and 60s.

Even though confidence levels showed signs of decline after age 65, the average confidence level for that age group is still the second-highest of everyone we surveyed. It makes sense that age would bring with it more security and confidence in one’s knowledge and abilities, and these results appear to bear that out. 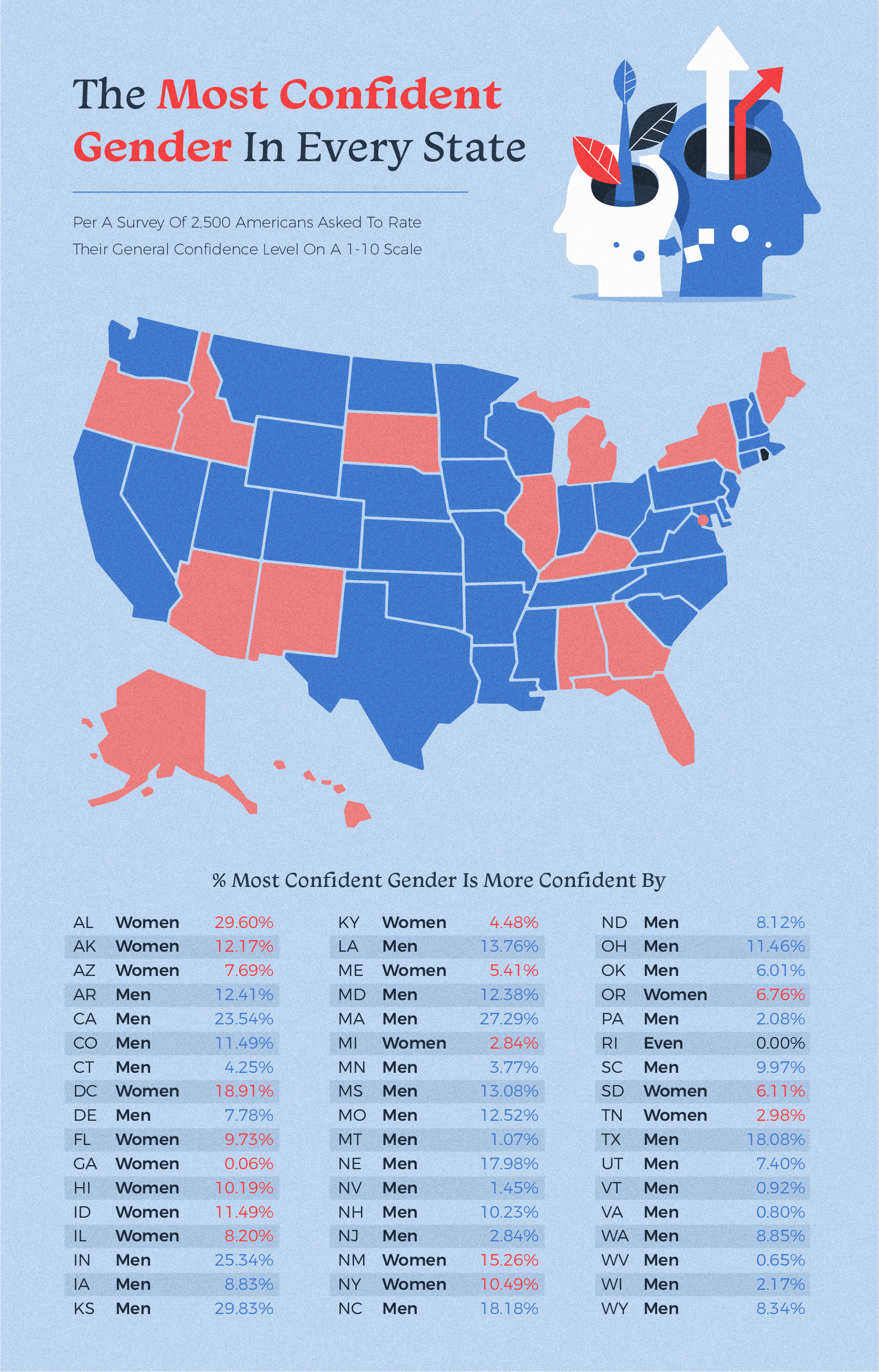 Finally, we decided to combine two of the factors we have already examined, geography and gender. We combed through our results to find out whether men or women are the most confident sex in each state, as well as how much more confident the top gender is than their counterparts.

We found that women are the more confident sex in 17 states, while men are on top in 33. Interestingly, men and women in Rhode Island have the exact same confidence level. Of states where women are most confident, the disparity was greatest in Alabama, where women indicated they are almost 30% more sure of themselves than men in their state. The state where men have the greatest comparative surplus of confidence turned out to be Kansas, where men are 29.83% more confident than women, the largest difference among the genders in the entire country.

No matter where you’re from, how old you are, or what gender you are, confidence is something that can be worked on and improved in time.